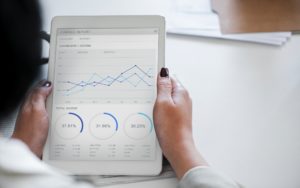 The overall median rent price remained unchanged at $350 per week for the March quarter 2018, however when the house and unit markets were looked at individually they both recorded a $5 per week increase to their median rent.

“It bodes well for landlords that the house and unit median rents are improving simultaneously.”

The number of units rented during the quarter increased as a proportion of the total rental market, which was the primary driver of stability in overall median rents despite both unit and house median rents increasing.

All sub-regions of the market experienced stable median prices, except for the South West sub-region which recorded a $10 per week increase of its overall median rent price to $330.

Along with steady rents, the reiwa.com data showed improvements across all key rental market indicators.

There were 14,112 rental properties leased in Perth during the March quarter 2018, with leasing volumes up 4.2 per cent on the December quarter 2017.

Rental listings declined 4.5 per cent during the quarter, with 8508 listings recorded at the end of March 2018.

Mr Groves said there had been a substantial reduction in the number of rental properties available in Perth over the last 12 months.

“Compared to the March quarter 2017, listings for rent are now 18.6 per cent lower than they were at the same time last year,” he said.

“This can be attributed to an increase in population growth to the state and fewer new dwelling commencements occurring in the metro area.”

“Perth’s rental market appears to be building on the momentum of the latter half of 2017, which is very encouraging – not just for the rental market, but also for the overall property market,” Mr Groves said.

“Historically, the sales market follows the rental market during a recovery.”